Bremex was the brainchild of the late Hugh Freeman MBE. In the late fifties and early sixties he wrote a series of articles which outlined a concept for the training of leaders to facilitate the expedition section of the Duke of Edinburgh Award and to provide youth leaders in the voluntary sector with low cost training for adventurous activities. 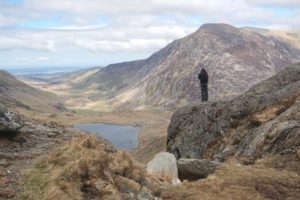 Origination of the name

Through the Youth & Community Service of the London Borough of Brent, Hugh ran a successful pilot course and, in 1963, the Brent Mountain Expeditions training scheme was launched.

Bremex offered tiered, instructional courses in mountaineering and expedition skills so that each participant could develop from novice to competent mountaineer. Participants signed up for a nine-month course of weekly lectures and about ten weekend expeditions to areas such as Dartmoor, the Peak District, North Wales, the Lake District and the Cairngorms.

The course ran at four different skill levels, enabling participants to complete it within varying timescales of up to four years. Hundreds of people successfully completed it. It was commonplace for 8-10 minibuses full of Bremex students and instructors to head north up the M1/M6 on a Friday evening, returning late on Sunday.

The Bremex season started in September and ended in May. Participants always camped, no matter the weather; often high-camping after their first year.

Bremex covered summer and winter mountaineering, single and multi-pitch rock-climbing and snow and ice climbing. It was an inspirational and formative experience for most. The intensity and longevity of the contact with the same group of people was quintessentially club-like. It meant that lifelong friendships (and relationships) were created.  Those who were interested progressed through the course to become instructors themselves (after a fifth year spent as a trainee leader). They would then feed back to new students the skills that they themselves had learned. Some of the instructors went on to become Mountain Instructors, International Mountain Leaders and, in one case, a leader of expeditions to 8000m peaks.

Hugh continued to be the driving force of Bremex for over 30 years. A man who simply did not understand the concept ‘no’, he used to conjure up group travel discounts, long after British Rail had stopped offering them, for the overnight sleepers from London to Scotland for Bremex’s three-day weekends north of the border. No one knows how he did it, but he managed to organise annual training weekends with RAF Mountain Rescue teams from Leeming and St Athan (training which came in handy in 2006 when two Bremex old boys organised the stretcher lower of a spinal injury victim for the Shropshire Air Ambulance at Pontesford Rocks).

Bremex in its original incarnation ran continuously until 1994, when it became an independent charity, The Bremex Trust. The balance switched to one-off weekend skills courses and to National Governing Body Awards, but the ethos stayed the same and those who attended commented frequently on the club-like atmosphere. 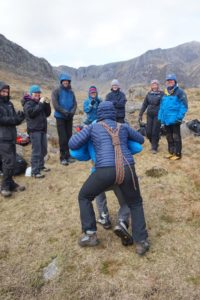 Hugh Freeman died in 2000 at the age of 93. The club which bears the name of his creation works in much the same way that he envisaged over 50 years ago. In keeping with its club-like beginnings, Bremex MCC provides a welcoming structure for the experienced and inexperienced alike who want to get out regularly in the company of others to acquire, maintain and improve their hillwalking, mountaineering and climbing skills.

There are no formal, instructed courses or evening lectures, but there are organised weekends of peer groups practising their skills together, be this poor visibility/night navigation, climbing, scrambling, high-camping or whatever.  Bremex welcomes novices who want to come along, get involved long-term and gain from the knowledge of its more experienced members.